Run by Jeff & Rose Snoxell from their Robin Hoods Bay family home. Aetherweb (founded in 1999) is a small software and web design, development and hosting company with very big ideas. 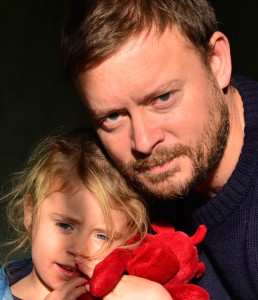 Jeff has had a fascination with computers and software development since he can remember – particularly with artificial intelligence and has been involved in projects large and small, for himself and for 100s of clients. He has a 1st class degree in Mechanical Engineering from Durham.

Jeff’s interests and hobbies outside work vary; they currently mostly involve firefighting (local station), mountaineering and going on mini-adventures on the beach and surrounding countryside with his kids.

Jeff also has a fascination with the Rubiks Cube. His quickest solve time is (at time of writing) 28.4 seconds. 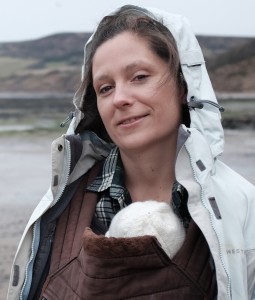 Rose is a keen sailor (she lived with Jeff for many years on a yacht, while sailing around the UK, raising money for the RNLI – she also raised her first child Nina, for her first 3 years, on a yacht, at anchor), snow-boarder, climber, feminist, mother, ethologist and psychologist; having two degrees (B.Sc. Hons OPEN + M.Sc. Hons EXON) in the latter which prove useful routinely in guiding web and software development for user interfaces – and in security.

At the time of writing, as well as working part time for Aetherweb, Rose volunteers as a breastfeeding peer supporter for Whitby Breast Start and also volunteers for St Catherine’s Hospice as a bereavement counsellor while working also towards a masters in Counselling Psychotherapy at Leeds University. A very busy woman!

Aetherweb - Website Designers, Developers & Hosting since 1999
5.0
Based on 13 reviews

Rebecca Robinson
13:41 03 Feb 20
Fantastic service, very helpful and knowledgeable, which is handy as I have no idea what I'm doing 😁 Jeff explains... everything very clearly and will make you a great website, what's not to like?read more

A Google User
11:34 23 Aug 19
I would highly recommend Jeff for all your website needs. He is knowledgeable, experienced, quick and fairly priced.... Moving our website to Aetherweb from a large London based agency has saved us thousands of pounds per year while delivering a far superior and more attentive serviceread more

Nanette de Beer
11:34 23 Aug 19
I would highly recommend Jeff for all your website needs. He is knowledgeable, experienced, quick and fairly priced.... Moving our website to Aetherweb from a large London based agency has saved us thousands of pounds per year while delivering a far superior and more attentive serviceread more

Ian Robson
12:39 18 Aug 19
The Magpie Cafe / Whitby Catch have used Aetherweb for many years. Jeff has always been great to work with. Quality of... work superb and reasonably priced. Highly recommended.read more

Hannah Verity Dance Studios
19:16 15 Aug 19
Such a great professional company. Nothing is every too much trouble and updates and any issues with my website or... emails are always resolved very quickly. Couldn’t recommend enough!read more

Whitby Breast Start
15:06 15 Aug 19
Aetherweb did a fantastic job designing our logo and website - and have continued to provide a 1st class hosting... service ever since. A seamless, jargon free and friendly process. Thank you!read more

Linda Antill
17:44 14 Aug 19
We are very pleased with our website. Jeff was great to work with and as a complete novice he explained everything in... detail. We also love our logo designed by Vanessa. Would highly recommend Aetherweb Ltd and indeed already have!read more

jane Thomas
16:49 14 Aug 19
Jeff did a great job on our website - so much so i recommended him to a friend of ours and they used him for their... website too. Jeff was very reliable, responded quickly to any of our requests and the quality of the finished product was exactly what we asked for. I would highly recommend Aetherweb (Jeff) for any website design requirements.read more
Next Reviews