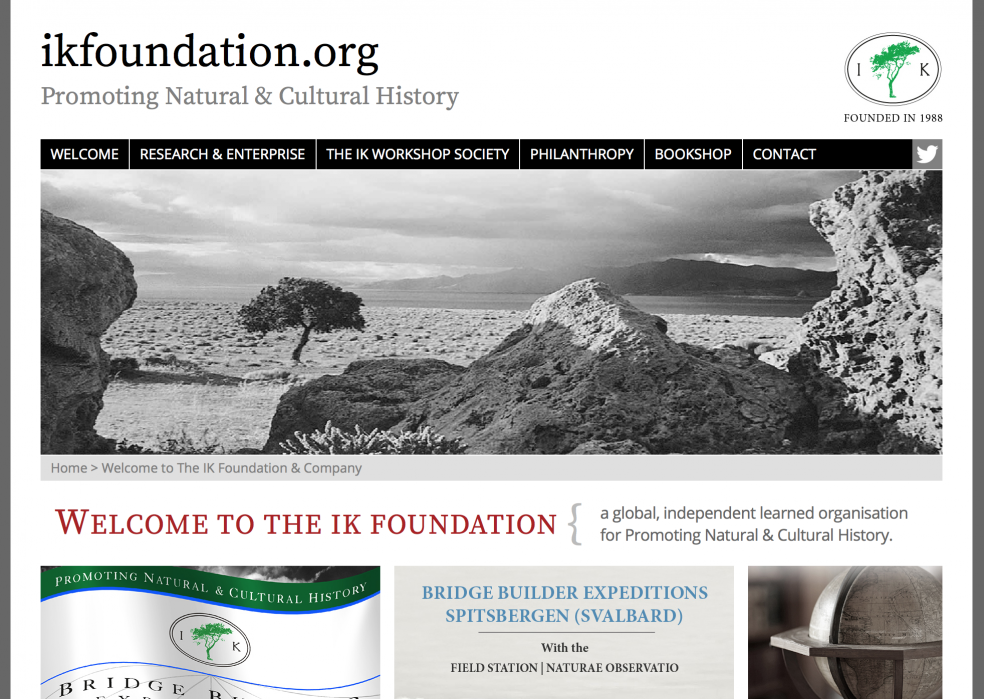 The IK Foundation are our second oldest client – we’ve worked with them almost constantly since around 2002 when we first met in Whitby, where they were based at the time. Their website, which we manage, has evolved from what was originally a very simple offering to the magnificent tome it has since become; with separate sections, each with its own unique design.

The most notable site areas (for me/us) are the IK BOOKSHOP – a complete, bespoke, e-commerce system through which any of IK’s products can be purchased, and the IK Workshop Society – digitised, intelligently searchable books with site user content added in the form of ‘added knowledge’.

We’re very proud of this site and continue to be honoured to be involved.

Aetherweb – a web design company with a lot of IQ and spirit! We would definitely recommend them.
Lars Hansen, Director of IK Foundation & Company,